Even though approximately sixty "machines" were brought to Eibenthal, where the festival takes place annually, it was not enough. Almost all participants of the festival fancied scooters. The village of Czech compatriots in Romania is longer than Lovosice, one of the longest villages in CR, and getting on foot from the camp to the stage called The Bear takes half an hour.

Similarly, for the way leading from the Bear to the Ujbanya main stage, you would need at least an hour without a scooter. On scooter, despite its uphill direction, it can be reached within 20 minutes, and the Bear from the camp on the hill before you can say Eibenthal.

In Eibenthal, as well as in the nearby five Czech villages, time stopped a hundred years ago. Local farmers who farm in the family fields here would offer you homemade bread baked in an outdoor oven, homemade cheeses, marmalades, fine sour cherries liqueur, great vegetable spreads, herbal teas, etc. They would accommodate you in a wooden hut in their garden or at their home and moreover, talk to you in fluent Czech, thousands of miles from home.

Such experiences are worth a bit of discomfort. Also romantic trips around grassy hills, beech forests or the nearby Danube are worth seeing. The tougher ones can discover the beauties of Banat on scooters. In Eibenthal´s guesthouse The Bear you can rent 10 Mezeqs all year round. In a nutshell, with Yedoo, you never run out of excitement. 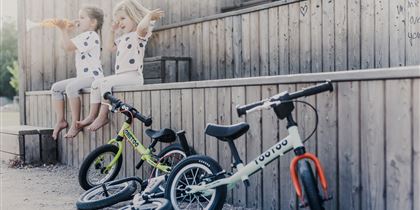 New Balance Bikes. Thinking of Children, We Made OOPS

When you are young, your life is full of surprises. So is the design of our new balance bike line called OOPS, full of kids´ wonder and excitement. The new models available in fresh colors and surprising color combinations bring a double OO in the line´s name – two widespread pupils or two thick tires that pass through each puddle on the way. 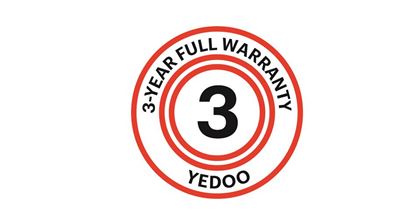 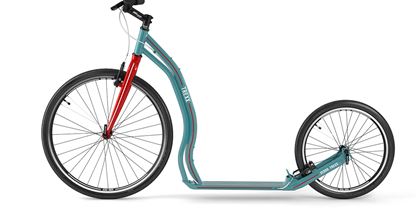 The Best and Most Beautiful Scooter? Yedoo Trexx!

The participants of in-line skating and scooter testing, which took place in April at the Brno Exhibition Center, selected the best and most beautiful scooter.